SAN FRANCISCO, CA – September 23, 2013 – SquareTrade®, the top-rated protection plan trusted by millions of happy customers, today announced the Breakability Score™ for the iPhone® 5C and the iPhone 5S – comparing Apple's new phones to their predecessor, the iPhone 5, Google/Motorola's Moto X® and the Samsung Galaxy S®4. SquareTrade's Breakability Score fills in the missing gap left by traditional device reviews: it tests devices in everyday danger situations brought on by our lifestyles and habits.

Based on key elements such as front and back panel design, edge construction, materials, size, weight, friction quotient, water resistance and grip-ability, the SquareTrade Breakability Score ranks today's top devices based on how prone they are to break due to accidents. The higher a device scores on a scale from 1-10, the higher the risk of it breaking.

"We were expecting that at least one of the new iPhone models would up its game but surprisingly, it was the Moto X that proved most forgiving of accidents," said Ty Shay, CMO at SquareTrade. "This is the first time we've tested the breakability on a Motorola phone, the only phone we've ever tested that's made in the USA. We were pleased to find that it withstood our drop, slide and dunk test with only the slightest dent. It looks like Google is giving Apple and Samsung a run for their money." 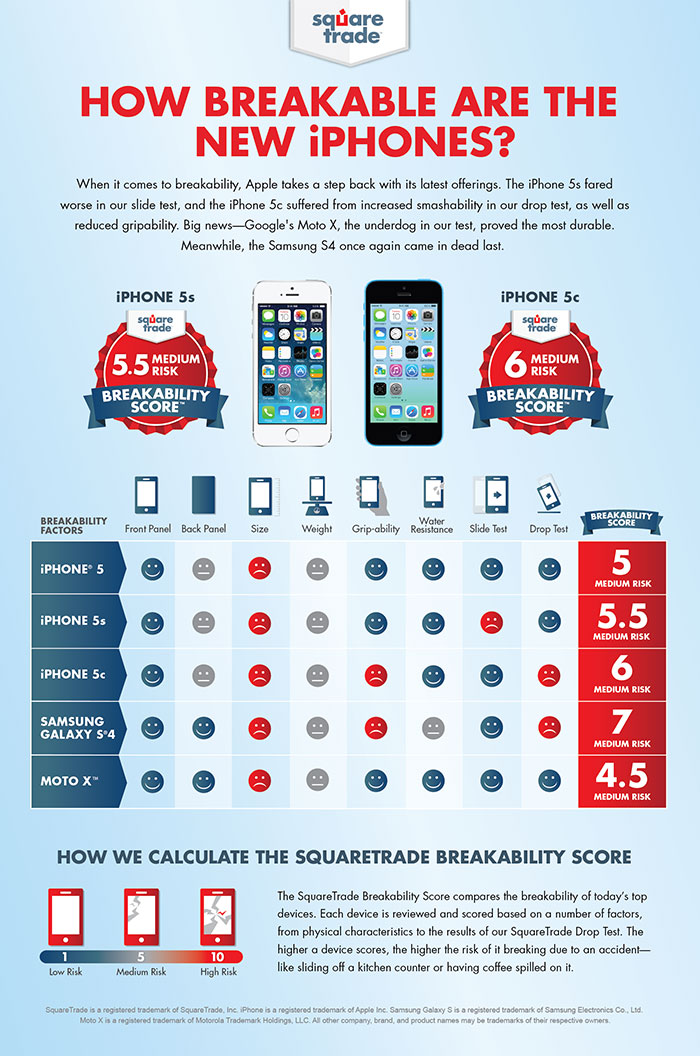 SquareTrade is a registered trademark of SquareTrade, Inc.