SAN FRANCISCO – Monday September 19, 2016 – SquareTrade®, the highly rated protection plan trusted by millions of happy customers, has today released the results of its latest Breakability test. SquareTrade Labs tested the durability and water resistance claims of the new Apple iPhone ® 7 and iPhone 7 Plus against the Samsung Galaxy Note7. The results showed, while water resistance may be the new industry standard, when it comes to broken screens - the leading cause of smartphone damage - neither company has cracked the code.

SquareTrade Labs uses a range of robots to drop, tumble, dunk, and bend devices to see how they live up to the activities of our everyday lives. Watch how the iPhone 7 won this round in SquareTrade's Breakability video here.

“The iPhone 7 generation is the first to compete with Samsung's water resistant ratings in its latest smartphones,” said Steve Abernethy, executive chairman at SquareTrade. “After putting them to the test, there's no doubt the iPhone 7 and 7 Plus aren't scared of going for a little swim. Still, when it comes to surviving a sidewalk drop, we saw no improvement. Broken screens are still the leading cause of smartphone damage—and both Apple and Samsung still have a lot of work to do.” 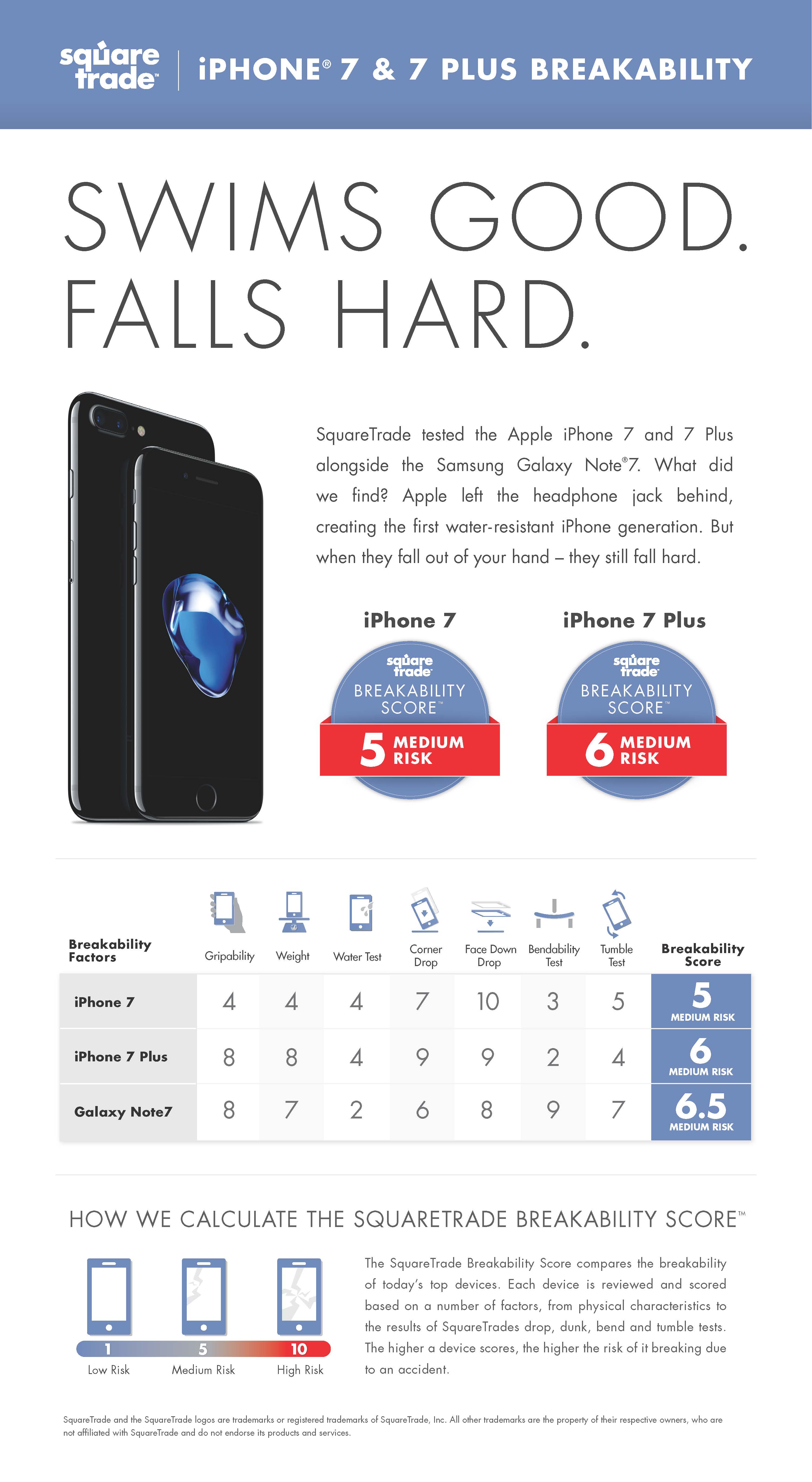 SquareTrade's Breakability Score fills the gap left by traditional reviews. SquareTrade carries out a stringent set of tests on new phones and awards them a rating. This Breakability Score is based on a number of factors: from physical characteristics to the results of SquareTrade's drop, dunk, bend and tumble tests. The higher a device scores on a scale of 1-10, the higher the risk of it breaking due to an accident.