SquareTrade Labs: The Small but Mighty Apple iPhone SE is No Match for the Sturdy iPhone 6s

SAN FRANCISCO – April 4, 2016 – SquareTrade®, the highly rated protection plan trusted by millions of happy customers, pitted the Apple iPhone® SE against its arsenal of robots to determine whether “the most powerful phone with a four-inch display” [1] is more durable than its bigger siblings, the iPhone 6s and iPhone 6s Plus. After dropping, dunking, bending and tumbling the phones, SquareTrade found that the iPhone 6s is still the most durable – outperforming the iPhone SE and iPhone 6s Plus in nearly every test. While the iPhone SE may have the insides of the iPhone 6s in a smaller body, it still doesn’t have its durability.

“The iPhone 6s proved that thinner and bigger phones aren’t necessarily less durable than more compact phones like the iPhone SE,” said Aileen Abaya, director of communications at SquareTrade. “However, it’s important to remember that no phone is perfect. No matter the size and weight of a phone, accidental drops—especially on a sidewalk—can still cause its demise.”

SquareTrade's Breakability Score fills the gap left by traditional reviews. SquareTrade carries out a stringent set of tests on new phones and awards them a rating. This Breakability Score is based on a number of factors: from physical characteristics to the results of SquareTrade’s drop, dunk, bend and tumble tests. The higher a device scores on a scale of 1-10, the higher the risk of it breaking due to an accident. 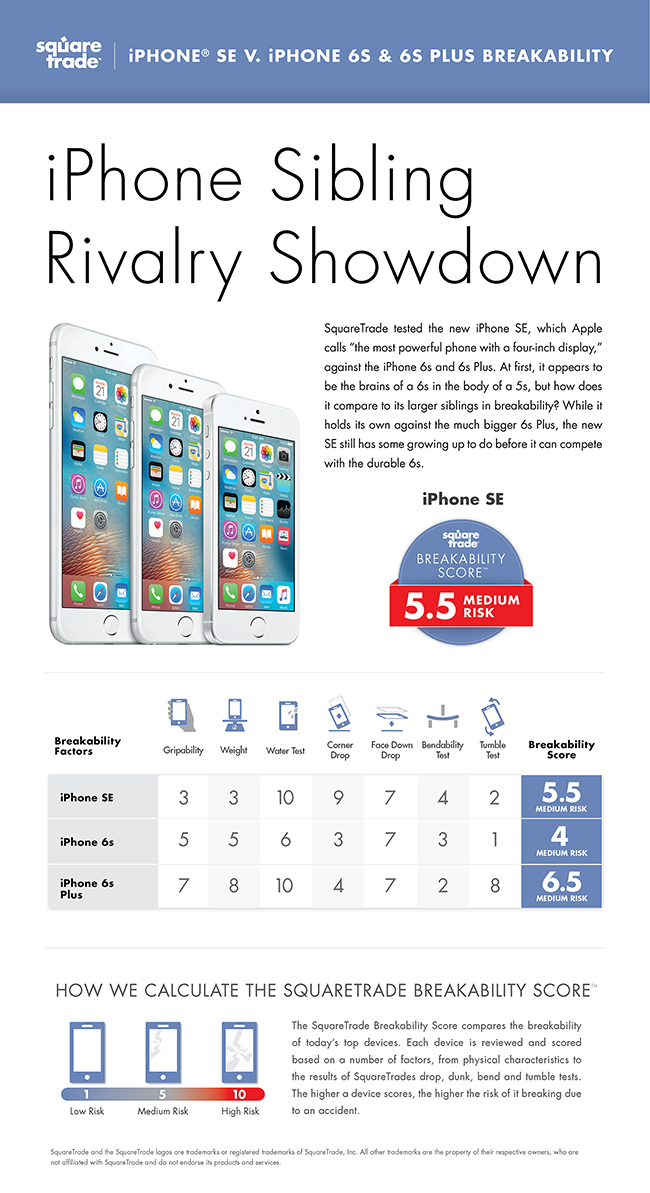